From photography to writing to documentary film and video production, Eliza Hemenway is passionate about creative nonfiction storytelling. With over twenty years of experience in media making, her goal is to tell stories that inspire hope and create positive social change.

Eliza formally studied photography at the School of the Museum of Fine Arts, Boston with Tufts University, and earned her MA in media studies from New College of California, with an emphasis in documentary filmmaking. She founded and directed the Sebastopol Documentary Film Festival, was an independent-film reviewer for KRCB-FM, and has worked professionally creating photography and video content for organizations such as the Redwood Empire Food Bank, the City of Santa Rosa, Sonoma State University, the San Francisco SPCA, and more.  Her work has been widely exhibited in galleries, film festivals, and venues such as the Roxie Film Center, Yerba Buena Center for the Arts and the San Francisco Public Library. 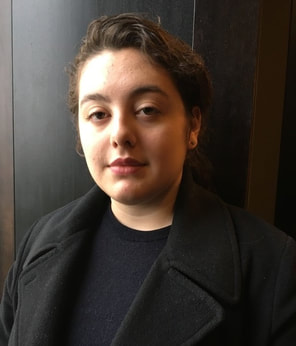 Katherine Coviello holds a fashion design certificate from Santa Rosa Junior College and is currently studying design and communications at UC Davis. She helped design, edit, and market Paris in Oakland, designed and built the website for Hemenway Productions, and interned at Little Four in Sebastopol, an artisan boutique where she worked on production of original clothing designs. She currently oversees the industrial sewing room at UC Davis, and is working as a graphic designer for Aria communications. Katherine served as Associate Producer on the documentary film, The Way to Hawassa, including contributing cinematography, still photography, graphic design, and her editorial eye to the project.